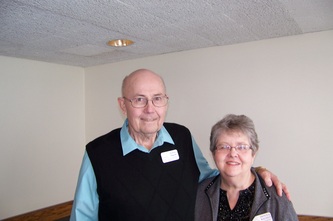 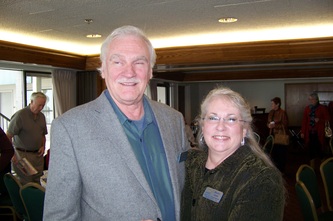 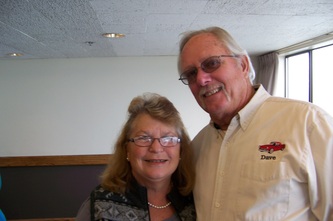 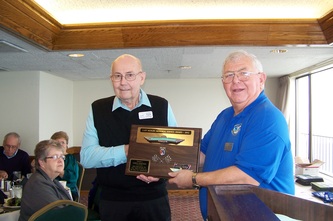 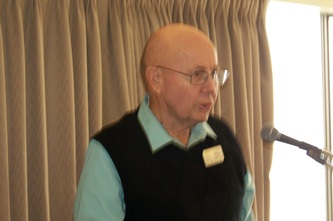 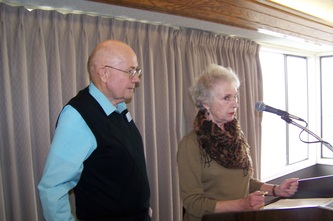 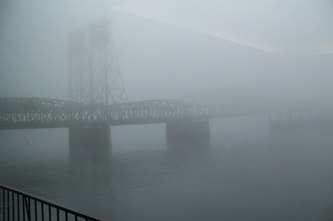 On Saturday, January 19th, 47 of our members met at the Red Lion Inn at the Quay in Vancouver, WA for lunch. For the 3rd year in a row we enjoyed a delicious meal prepared by the hotel's kitchen staff.
Out going President John Sailors thanked all of the officers that have worked with him during the past two years for all of their hard work.
His last official duty was to present the Cliff Noxon Memorial Service Award to long time club member Loren Wagnild. Loren and his wife Donna have been in the club a little over 30 years and have contributed greatly to the success of the Rose City Thunderbirds.
John then turned the meeting over to 2013 President - Loren Wagnild. Loren and new Vice President Bruce Jensen presented a proposed list of activities for 2013. Treasurer Alice Hull gave us an update on club finances and gladly accepted dues.
The last photo above shows our view of the Columbia River and the Interstate Bridge in the fog. It was a bit of an ethereal sight as the bridge disappeared into the fog hanging over the river.