Our 2019 Kick-Off Dinner was held on Saturday, January 26th at The Old Spaghetti Factory in John's Landing. Approximately 40 club members were in attendance. The above photo shows incoming President Roger Kelley presenting outgoing 2018 President Al Hillier a plaque that contains a photo of Al's car as a thank you for a great year.

During the meeting plans for our 2019 events were outlined. They are on this website on the Up Coming Events page.

CTCI Representative John Sailors gave an update of what is happening in CTCI. He announced that a vote will soon be sent to the members asking them to vote for a by-laws change that would allow the Retro 'Birds into the club. He stressed that regardless of how you feel it is important that everyone votes.

Below are several photos from the dinner. One shows the infamous "pants" being handed over to the next President. Another shows Roger accepting the Cliff Noxon Award.

Thanks to Treasurer Shelley Roberts for these pictures, my camera was just not working (I replaced it about two weeks later). 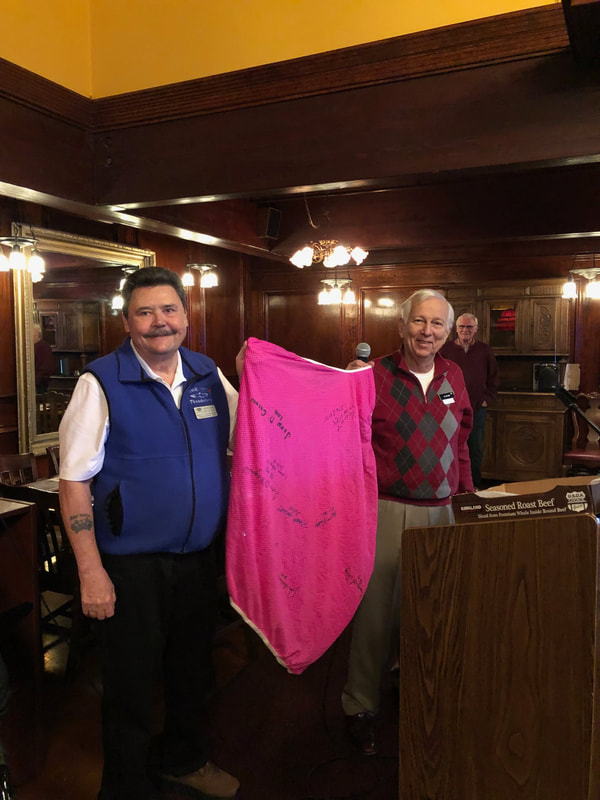 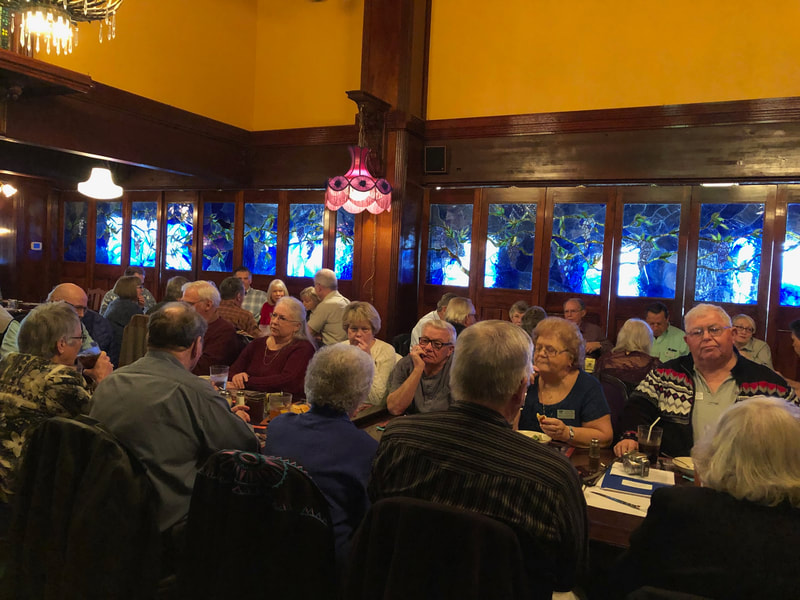 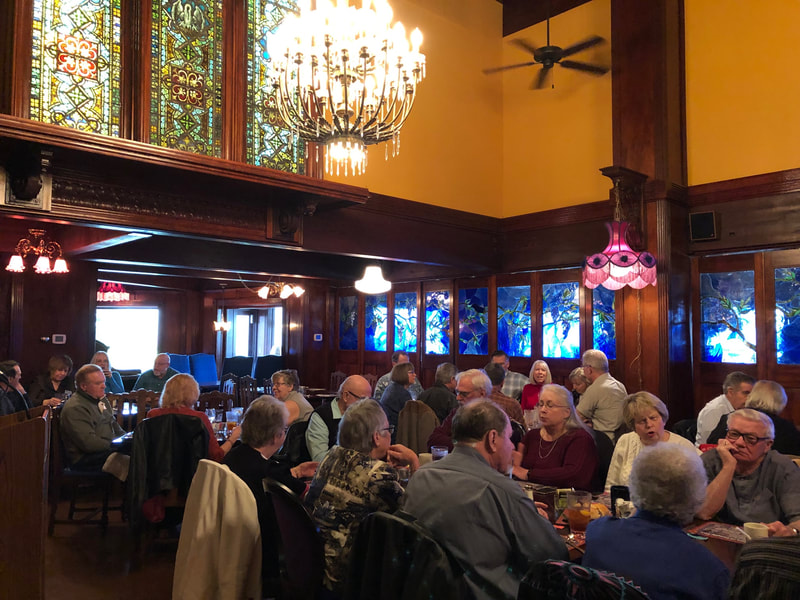 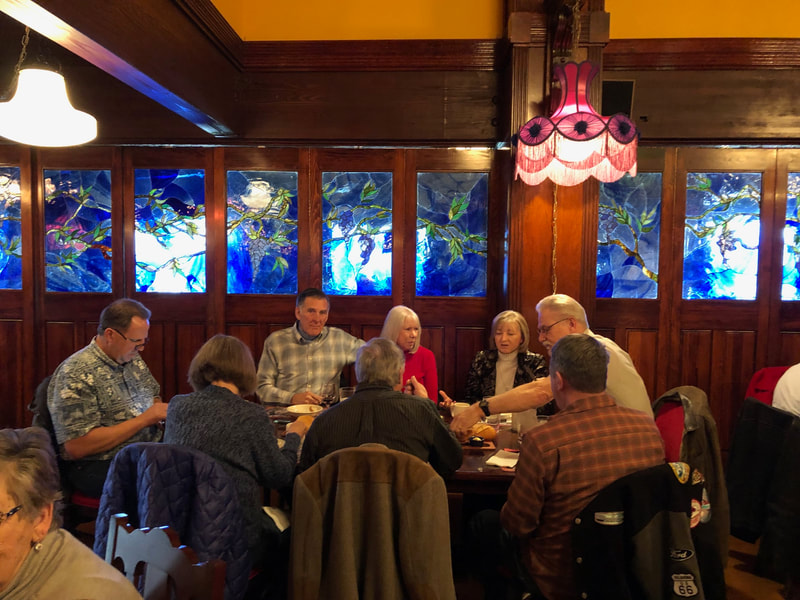 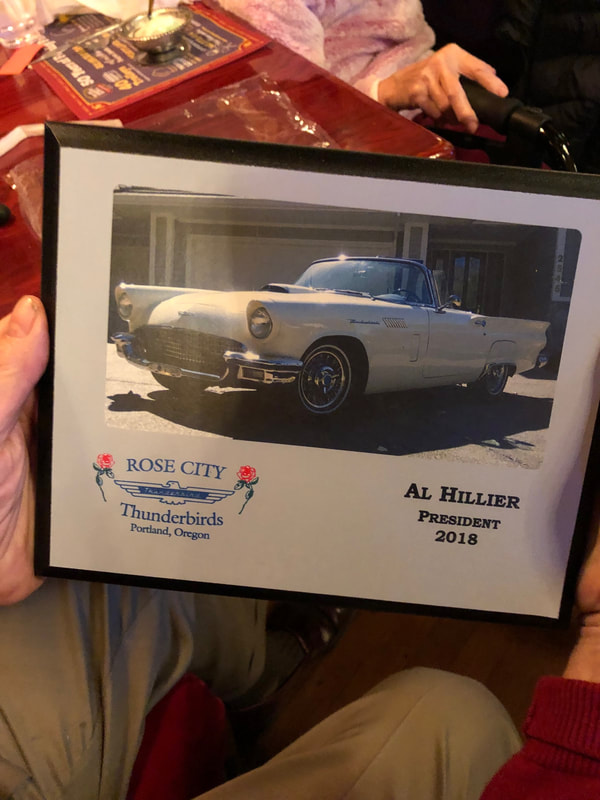 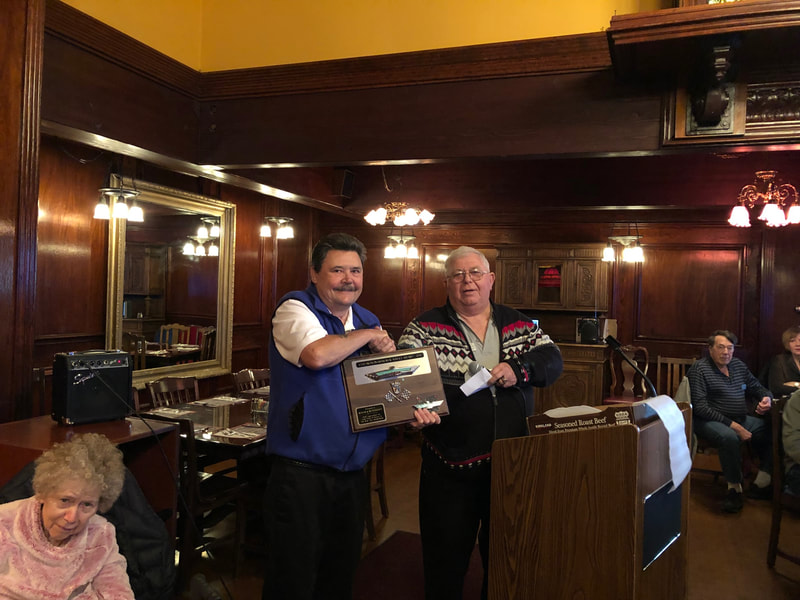