On Saturday, February 16th we met to honor past Presidents of the Rose City Thunderbirds.
The second photo below shows the following former Presidents: John Calkin, Loren Wagnild (also current President), Howard Carlson, Roger Kelley, Dave Van Winkle and Barb Van Winkle.
Delicious desserts were auctioned off. The proceeds were donated to the Local 290 Union Hall food drive.
Pizza and salad were ordered in for a feast. Auctioneer Dave Van Winkle and club Historian Diane Clark did a great job of handling the auction.
Thanks to Diane Clark for organizing this and getting as many former Presidents as possible to attend. 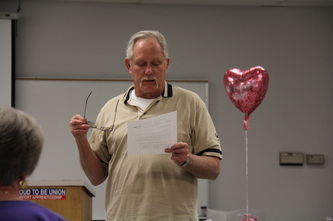 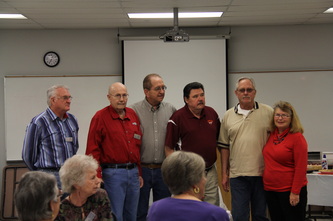 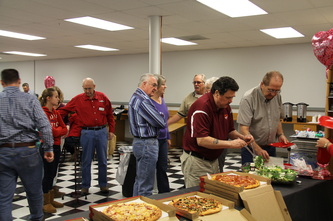 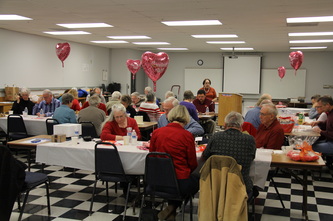 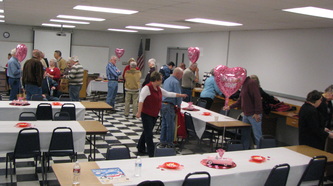 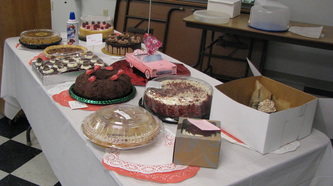 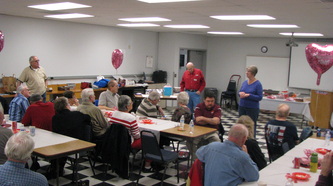 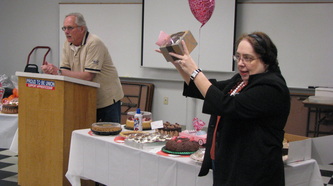 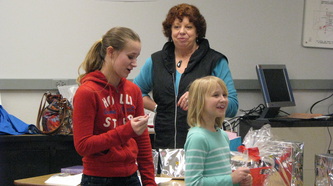