Just some of the food closet donations

President Al called a special meeting to order prior to the party.   He noted that congratulations were in order to John Sailors for being elected to the national Board of Directors for CTCI.

The special meeting was adjourned and turned over to Martha Brunelle, the host for the Christmas Party.  Thanks to Bob Murray for arranging the use of the Union Hall.  Several gals helped Martha put on a sumptuous spread, the dessert options were numerous and very tasty.  There were 37 members that brought a large supply of food for Michael’s food closet (Bob Murray’s grandson) and a good selection of items for the Veteran’s hospital.  Thank you for taking them to the hospital Frank Purner.  After lunch Martha led the group with her personal Christmas story and then many of the members shared their Christmas memory stories.  After cleaning the tables several of the members played Bingo for a variety of door prizes
It was a great party – thanks Martha. 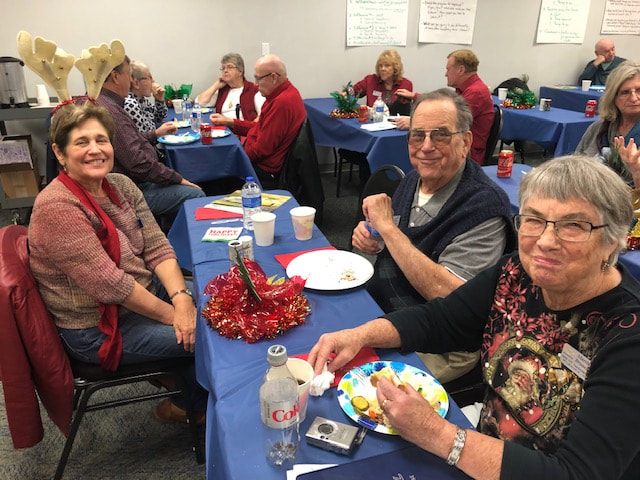 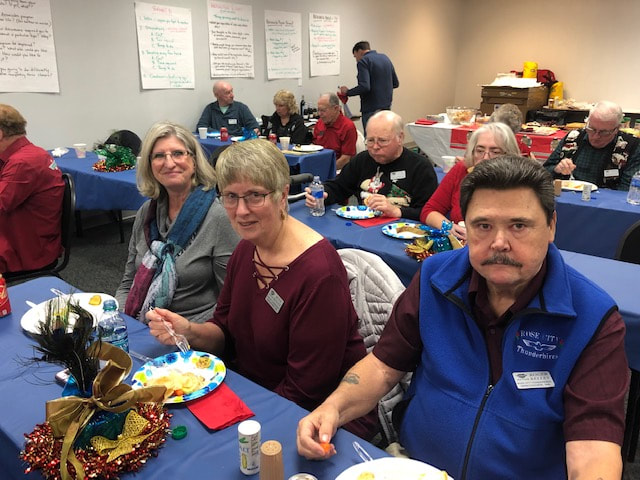 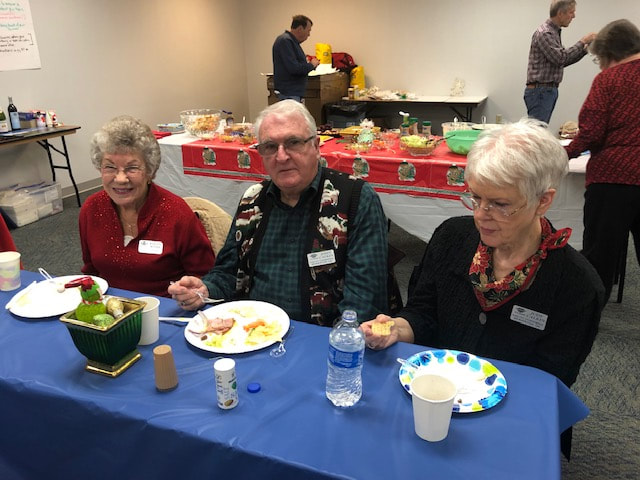 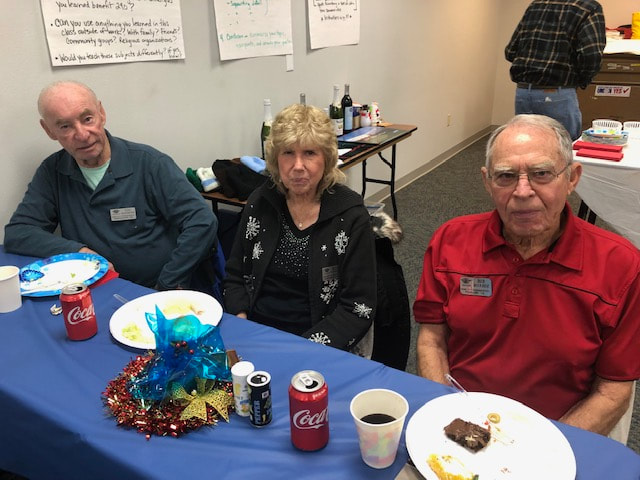 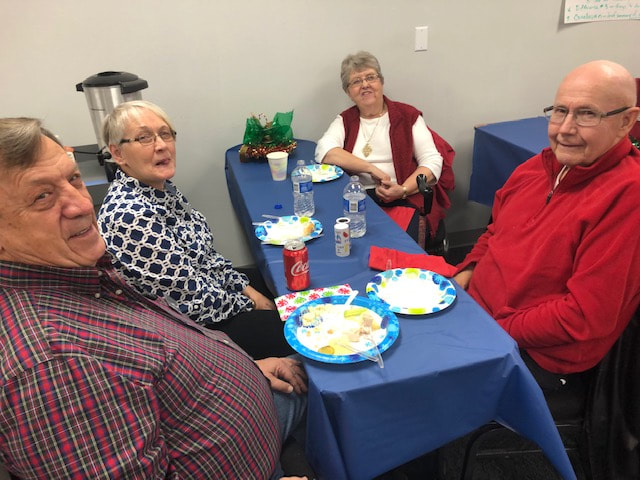 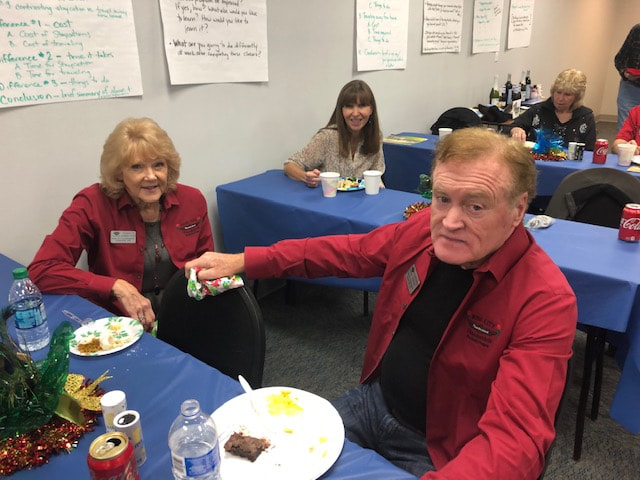 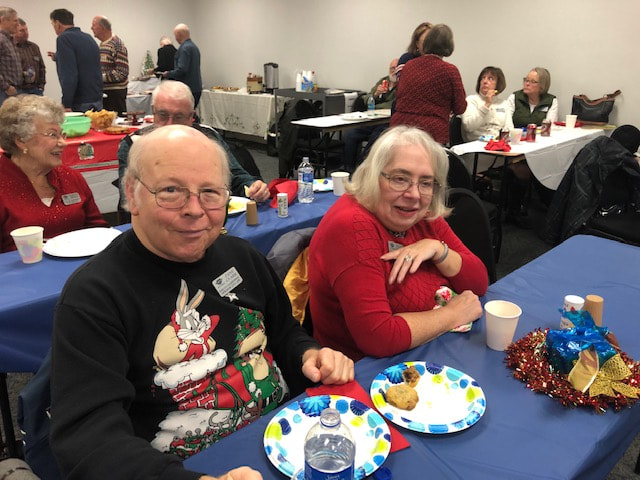 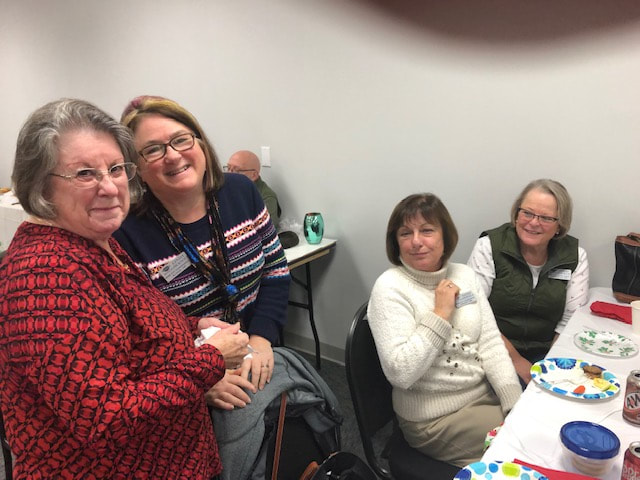 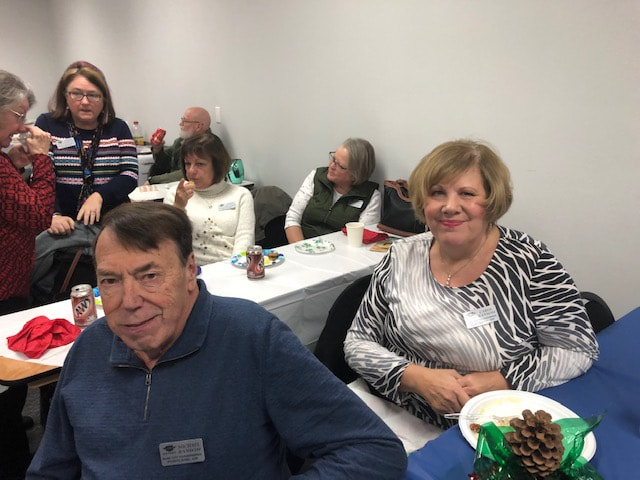 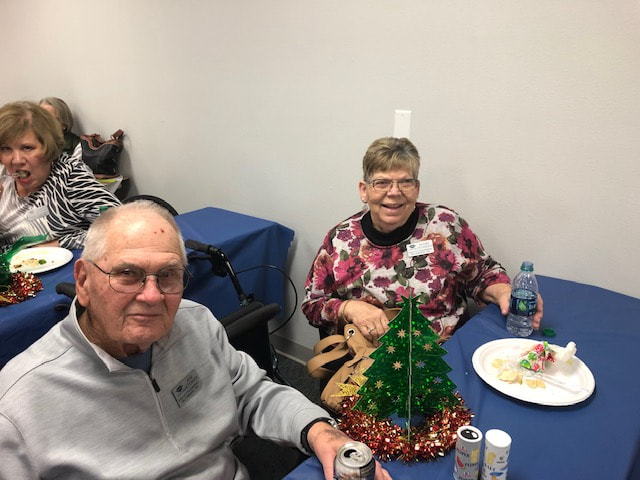