Rosecitythunderbirds.org
Okay, we know the photos below look like a Corvette. Well, they are supposed to!
On March 24th we toured Superior Glass Works in Molalla.
They are manufacturers of high quality fiberglass street rod bodies and what they modestly call the "Superior 54 Sport Wagon". It is a reproduction of the 1954 Corvette Nomad. Yes, Chevy only produced the Nomad from 1955-1957, but in 1954 they built one (1) concept car based upon the 1954 Corvette and called it a Nomad. I believe they actually built two and called the other one a Pontiac Banshee.
For a cool $100,000 you can order one of the 25 they are going to build. Of course that is just a rolling chassis/body. If you want a turn-key ready to go car it is a mere $200,000!!
After leaving Superior we went to the Markum Inn for lunch. There we had some unsuspecting victim use one of our cameras to get a group shot. 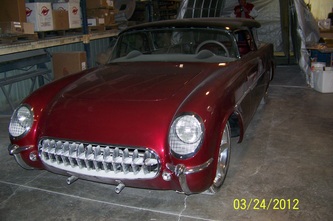 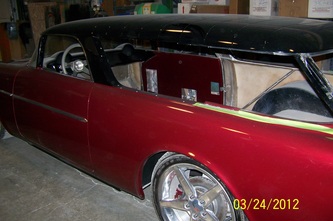 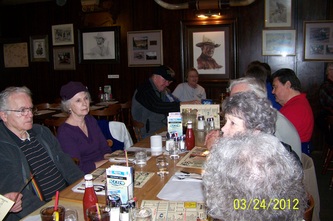 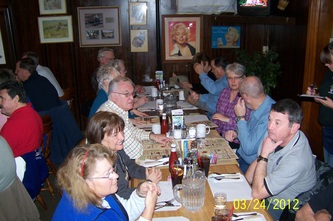 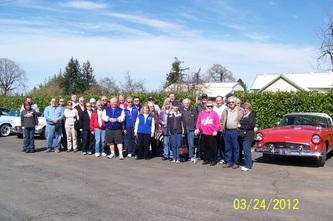