Rosecitythunderbirds.org
July 2016 Rally
Cliff & Marilyn planned a really fun Rally around the West side of Washington County. We started and ended in Forest Grove. Our route took us South and then West and around Forest Grove to the North side of town. We then headed back into FG for lunch at Prime Time Restaurant.
They certainly encountered the difficulties of planning a rally route. The loop around Hagg Lake had to be reversed at the last minute due to road construction. Also overnight paving the night before the rally covered over some street markings that caused a bit of confusion. A bicycle event along a major portion of the route gave us some "challenges" while sharing the road.
Check out the photos below and Norm's "Close Encounter of the Police Kind" above. 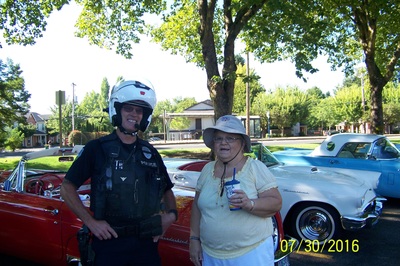 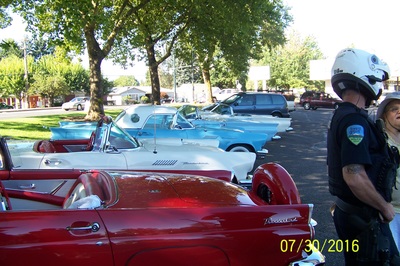 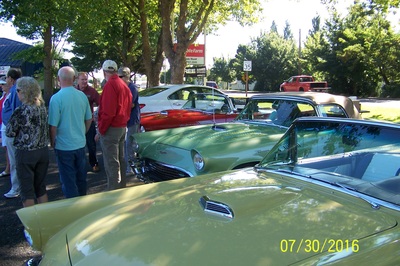 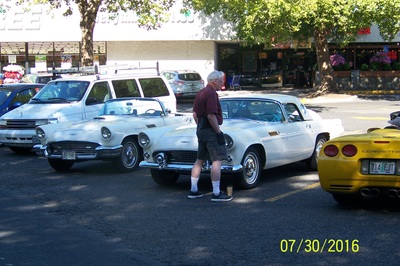 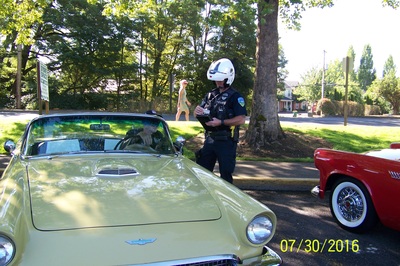 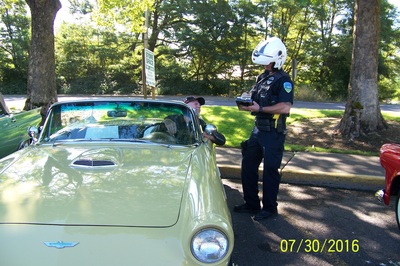 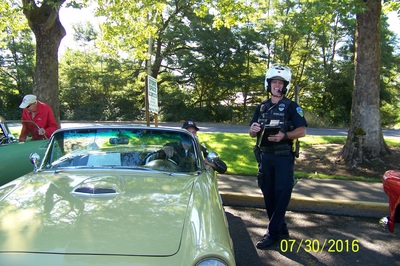 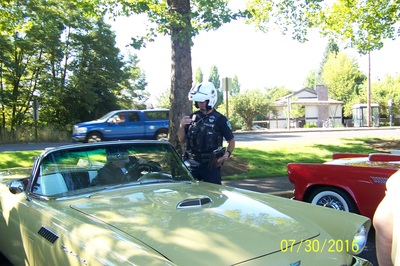 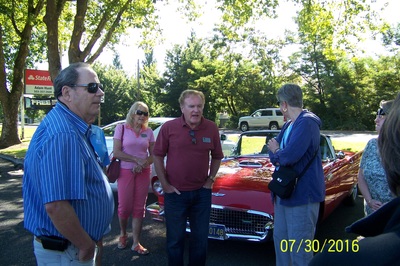 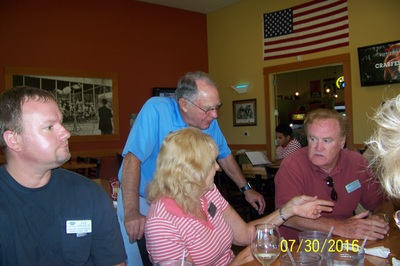 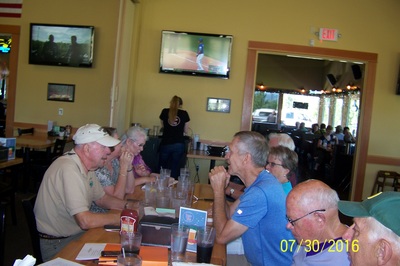 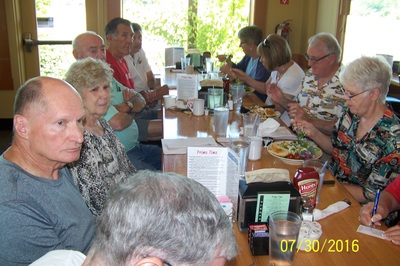 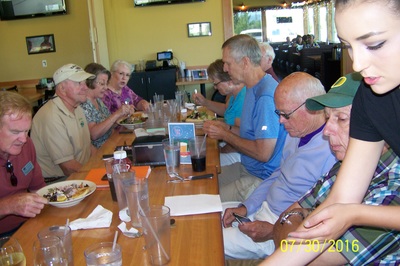 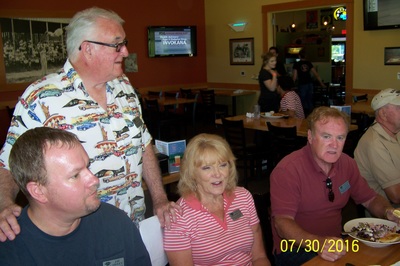