On February 23rd 19 club members headed off to Albany, Oregon to visit and ride a Carousel. Not just any Carousel but one that a group of volunteers have spent years building from scratch. We visited it about seven years ago while they were still building the base, painting the “rounding boards’, carving the animals, painting the animals and looking for donations to help finish it.

Finish it they did, and it is beautiful. However, just getting there proved to be a real challenge. It is only about a 70-mile drive south on I-5 and then a few miles into Albany so no-problem, right? Wrong! Several of us saw the morning news that I-5 southbound was closed for about 5 miles through Salem. Of course, seeing this on the news at 6:30 AM we “knew” it would be open by the time we got there about 10:00 AM. Wrong! Traffic came to a dead stop and we were diverted off the inter-state a few miles north of Salem. At that point our little caravan of 2 Retro Birds and numerous “Family Trucksters” became separated. Eventually we all made it to the Carousel, but Al and Marilyn Hillier got there just as we were getting ready to leave for lunch. But back to the Carousel.

The group that built the Carousel not only finished it but were able to build a new building to house it. The Carousel itself is absolutely beautiful. All the brightly colored animals were moving up and down all the while calliope music was filling the building. Several members (along with grandchildren) took rides. Then one of the guides took us into a basement where more volunteers are still carving and painting animals. But why, it is complete and running? These animals will be sitting in various locations around the building just for decoration. And lots of smaller animal heads and other carvings will be offered for sale in the gift store. After our stay there we went to an Elmer’s Restaurant for lunch.

Weather leading up to this trip was crappy and even got a bit worse after the trip. But we were given a moderate day to have fun. By moderate I mean it only rained – no snow over that weekend.

Thanks to John Calkin for planning this trip. 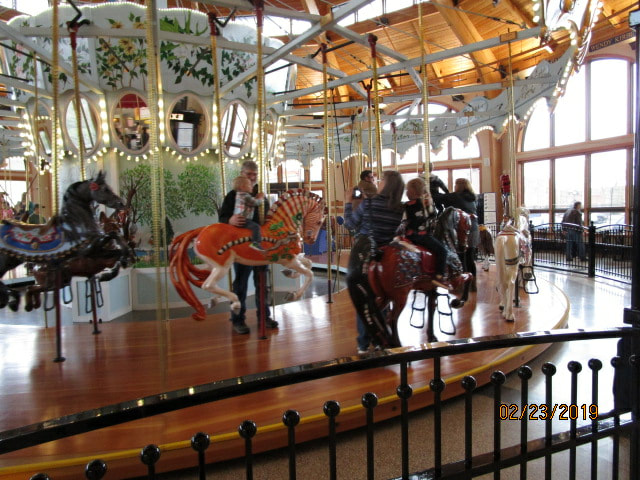 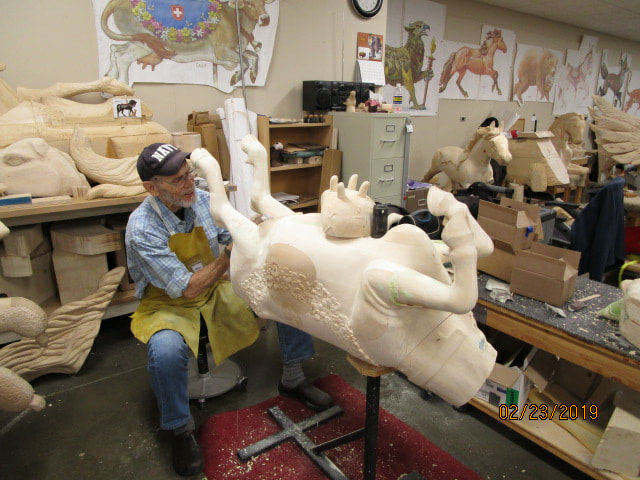 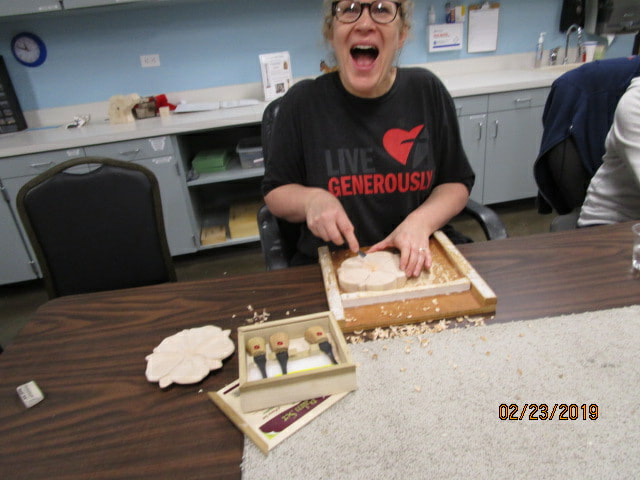 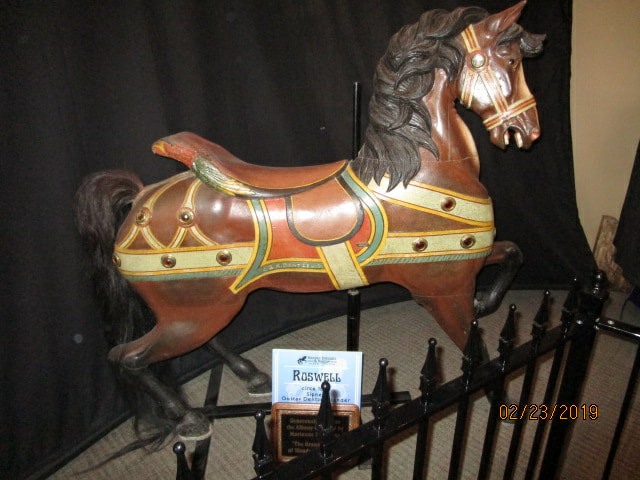 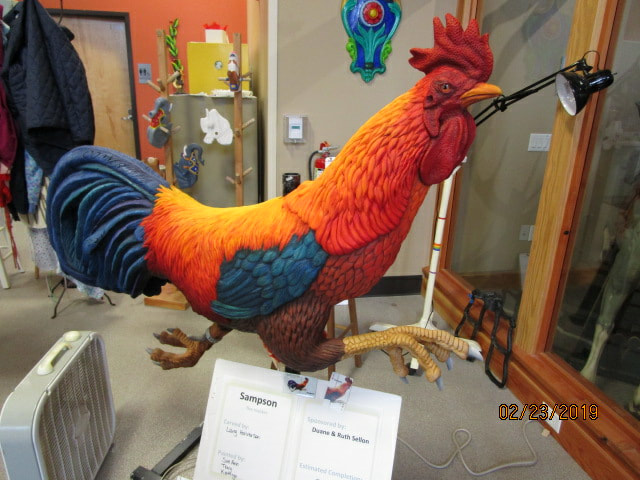 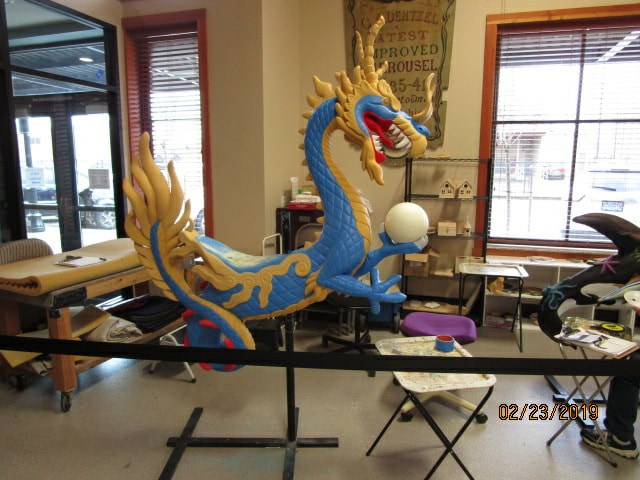 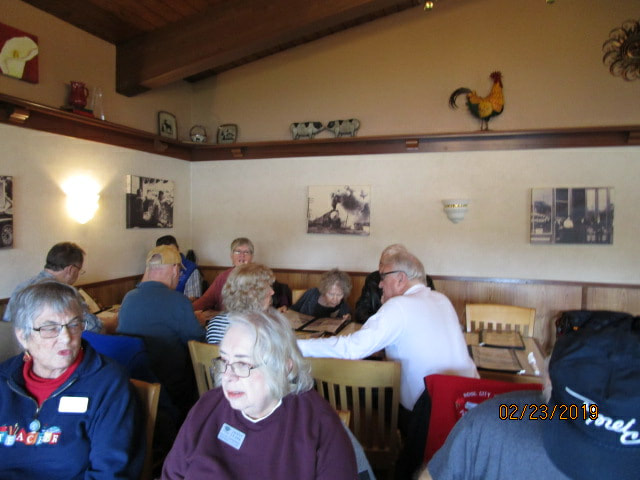 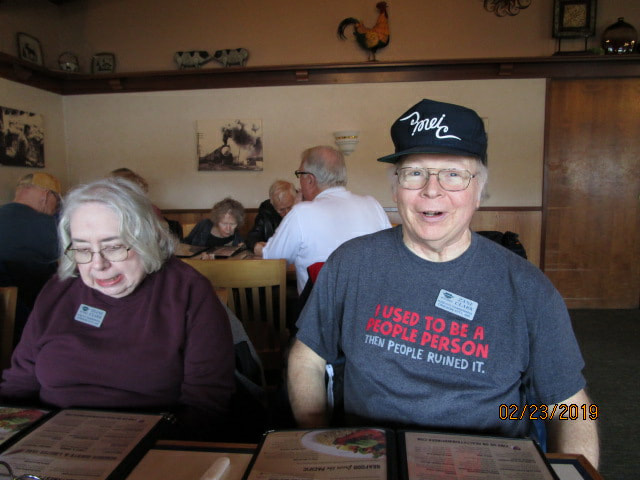 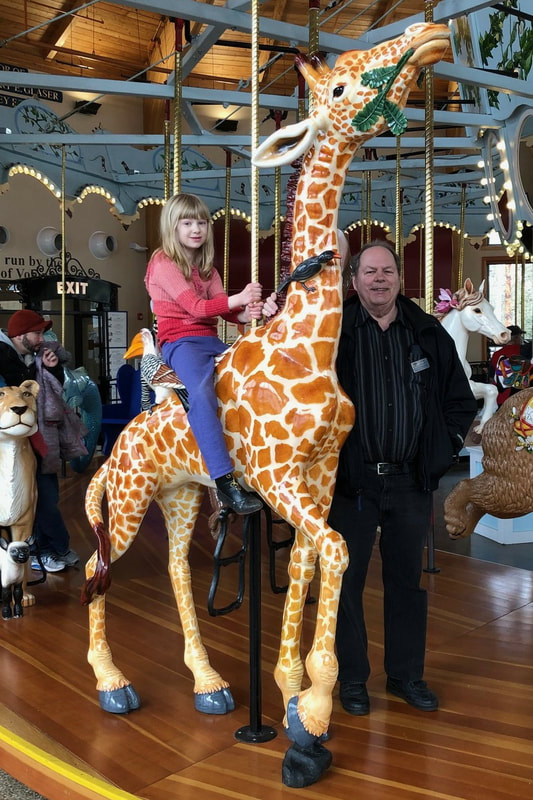 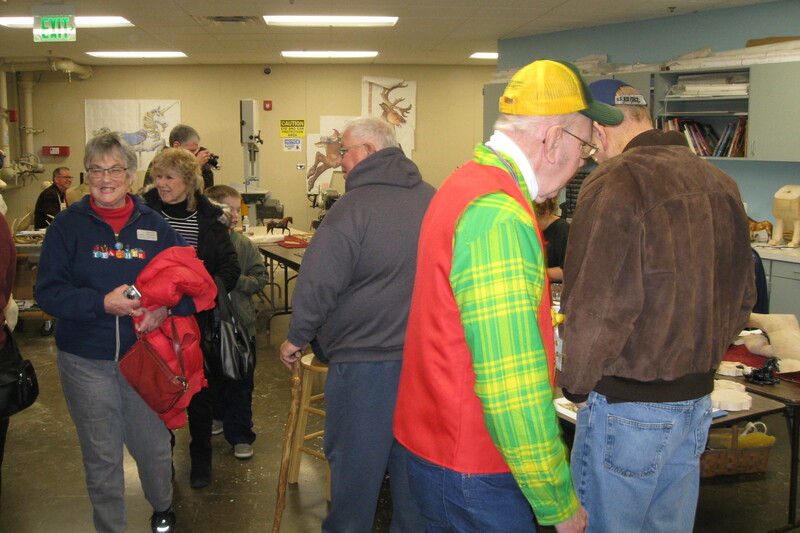 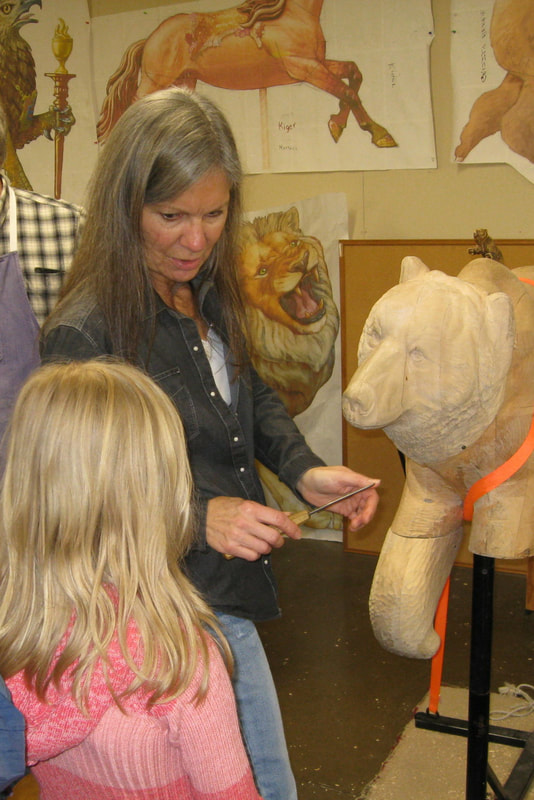