During our club’s annual planning session, Dave Van Winkle received a call from Cathy Stubbs of the Olympic Classic Thunderbird Club, based in the Seattle area. Cathy’s call was to invite our club to join them for a tour of America’s Car Museum, adjacent to the Tacoma Dome and opened on June 2, 2012. Hello! – There is our club’s event for February.

The ACM is attributed to Harold LeMay, an avid car collector. The museum displays approximately 300 cars over four floors. Most are from a sampling of the LeMay collection of reportedly some 3,000 cars, and some are on loan from other collections.

After getting John Sailors back on the road enroute to the tire shop (nails make wonderful holes in a tire), Bob Monroe, his son Rod, and my son Jay and I headed north to Tacoma. John would join us later.

The dome in site, my GPS altered our final course slightly from the printed directions and put us around the back of the museum building. It’s a good thing too, because after a long hiatus we heard the Tacoma Dome was holding its first event since COVID shut it down a couple of years ago. Accordingly, traffic from that printed route was long delayed due cars entering the Tacoma Dome parking lot.

We were warmly greeted at the door by Van Victor and four other members of the Olympic club. When we went to pay our prearranged discounted entry fee, we were informed that the Olympic club was picking up our tab! This was a very nice and totally unexpected surprise. We were also advised that we should go upstairs to pre-order our lunch right away, which would save a lot of time later when we were to actually have our lunch – the time set for 1:00pm.

Everyone was on their own to view the exhibits at their own pace. Jay and I soon lost sight of the other club members. We did not realize how large this facility was until we had explored a couple of floors of gorgeous vehicles from various eras. Thinking we were nearly done, only to walk around the corner to see another fifty or so cars! It just kept going and going.

Among some of my favorites was a group of super aerodynamic cars that were on loan. Regrettably, I neglected to take a picture. Also several older and newer Alfa Romeros were on display. There were many early 1900s cars that I’d never heard of before – many of them amazing examples of ingenuity back in the day.
Probably everyone has heard of the Stanley Steamer. There was one there. Plus a very early electric car, as well as a Tesla Roadster. And even the Barris Flintmobile built for the Flintstones movie.

Of course, the star of the show was a beautiful triple white 1957 Thunderbird. 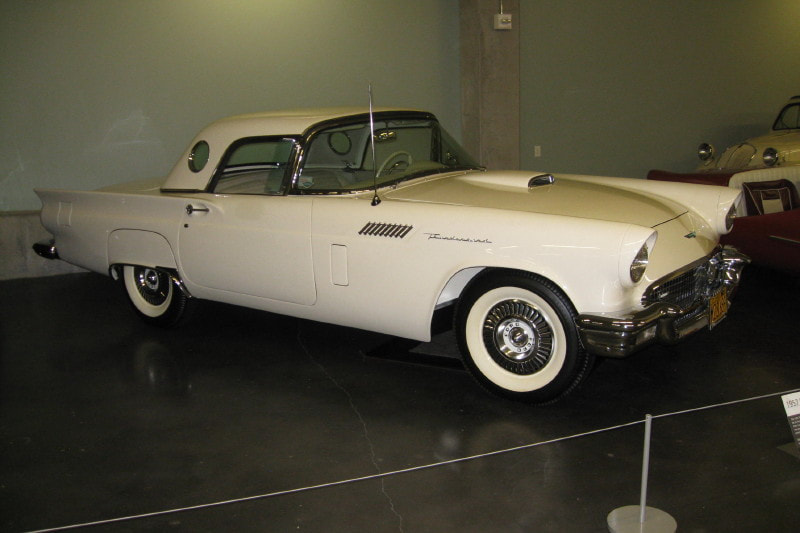 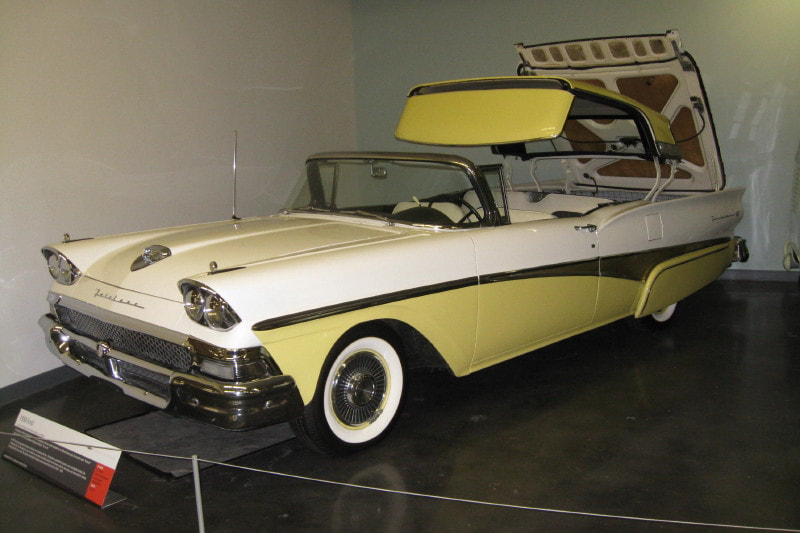 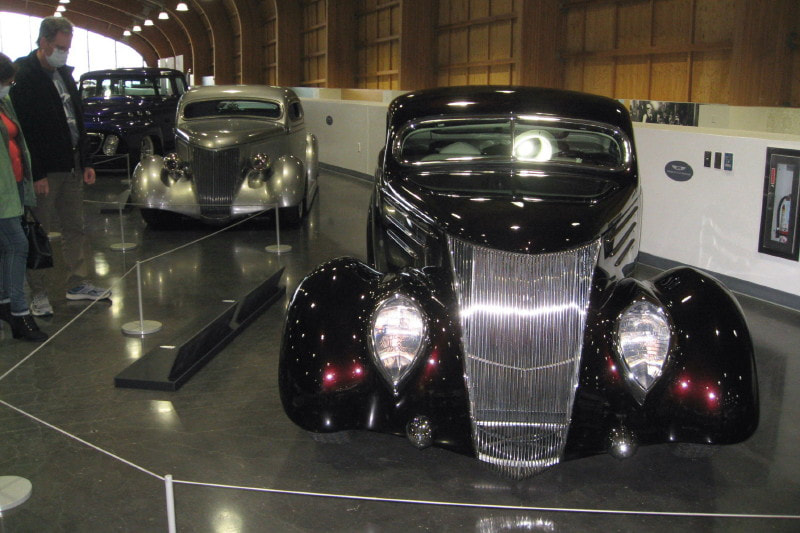 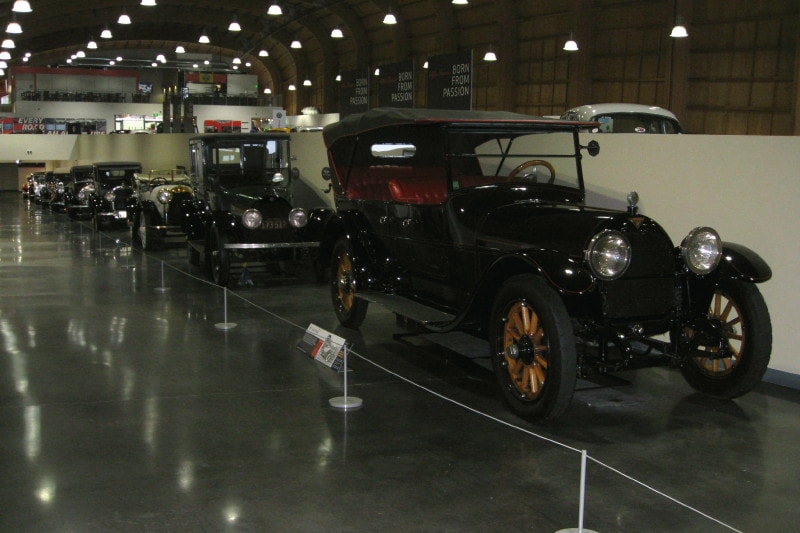 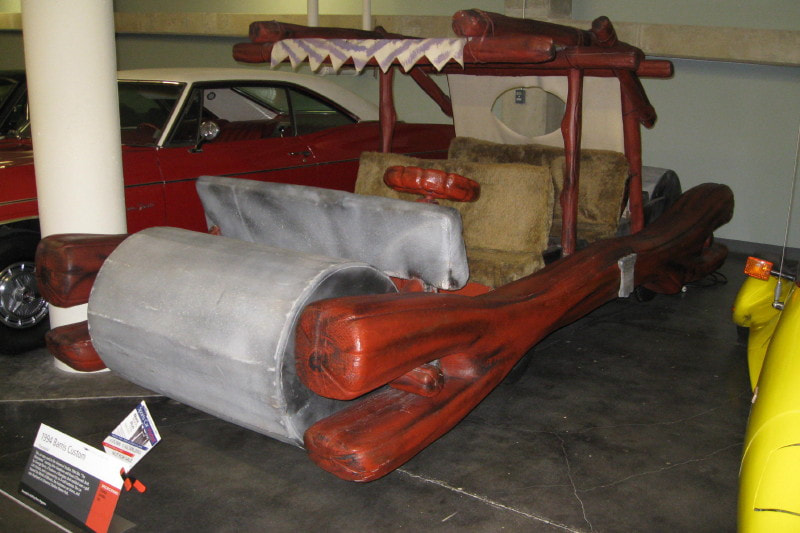 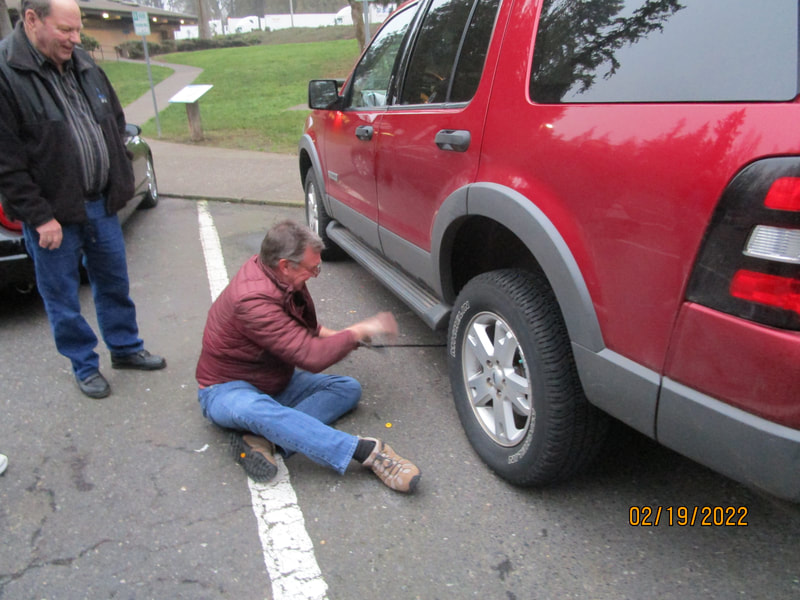 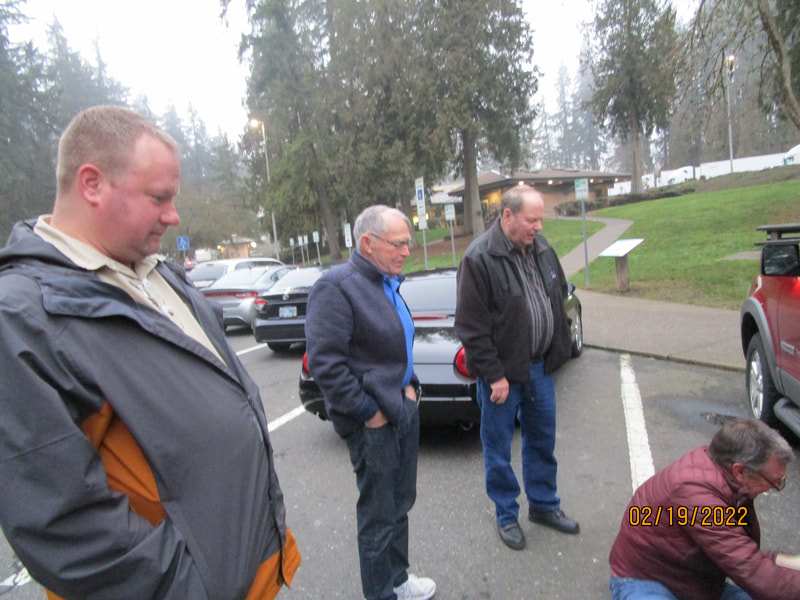 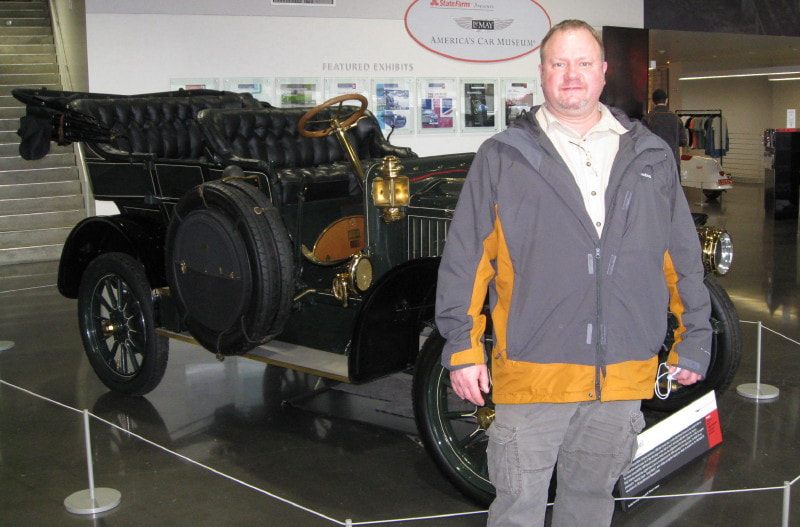 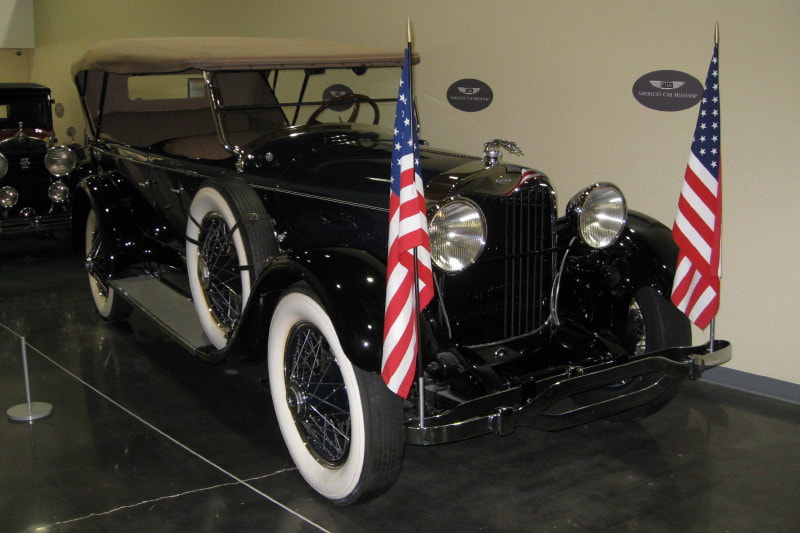 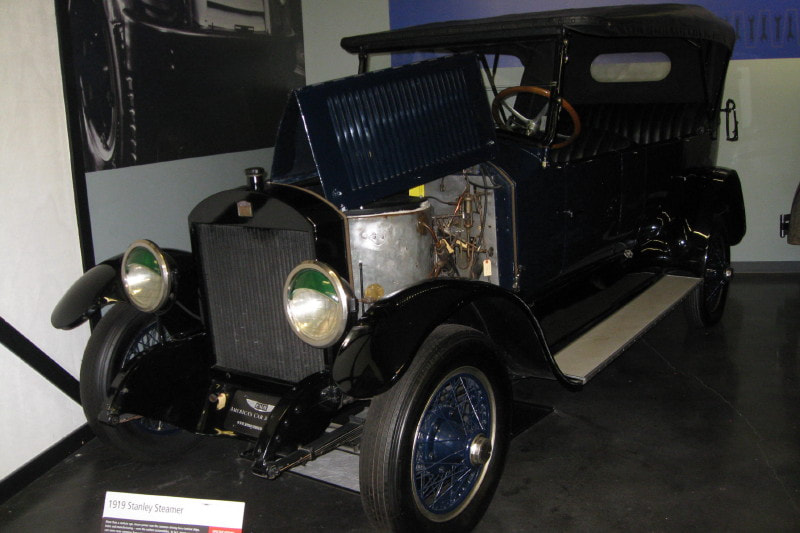 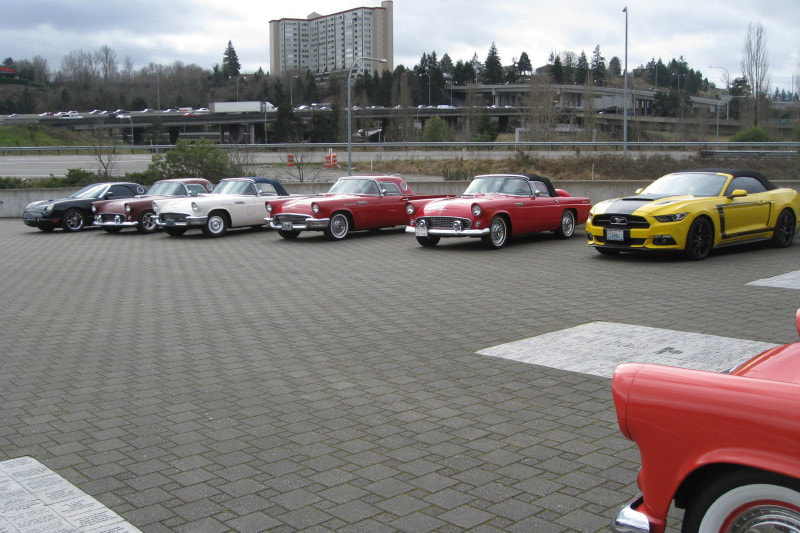 The photos below are of the 1937 Lincoln Zephyr in the museum. Your Web Experimenter thought that the example in the museum was one of the most beautiful cars ever. The original body style, the magnificent body work, slight customization and paint job were flawless. Hopefully the beauty of this car is evident to you. 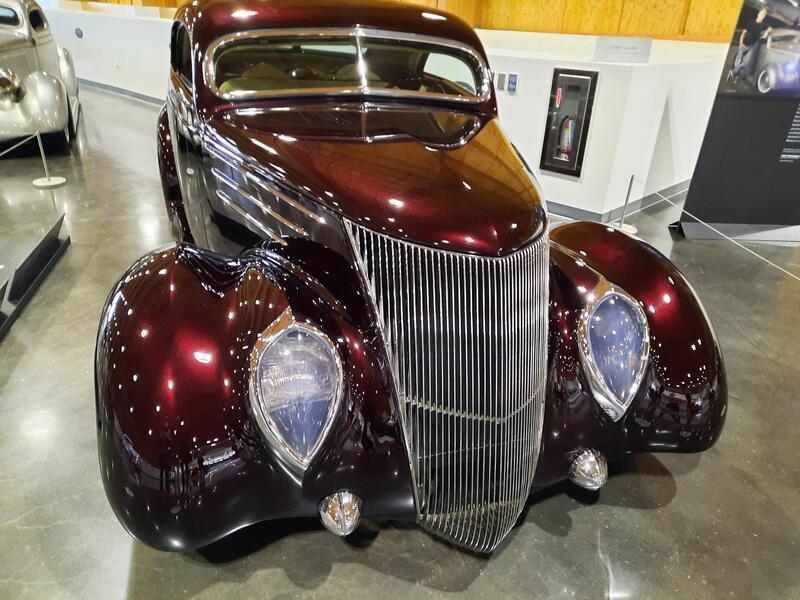 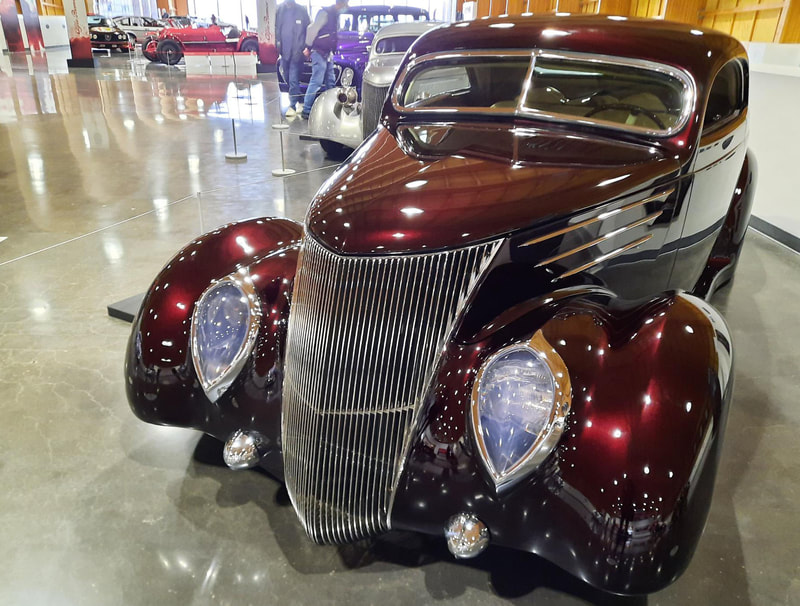 Since these photos only show the front of the car I did some searching on the net and found another '37 Zephyr to show the side profile. It is also customized but not nearly as nicely as the example above in the museum. 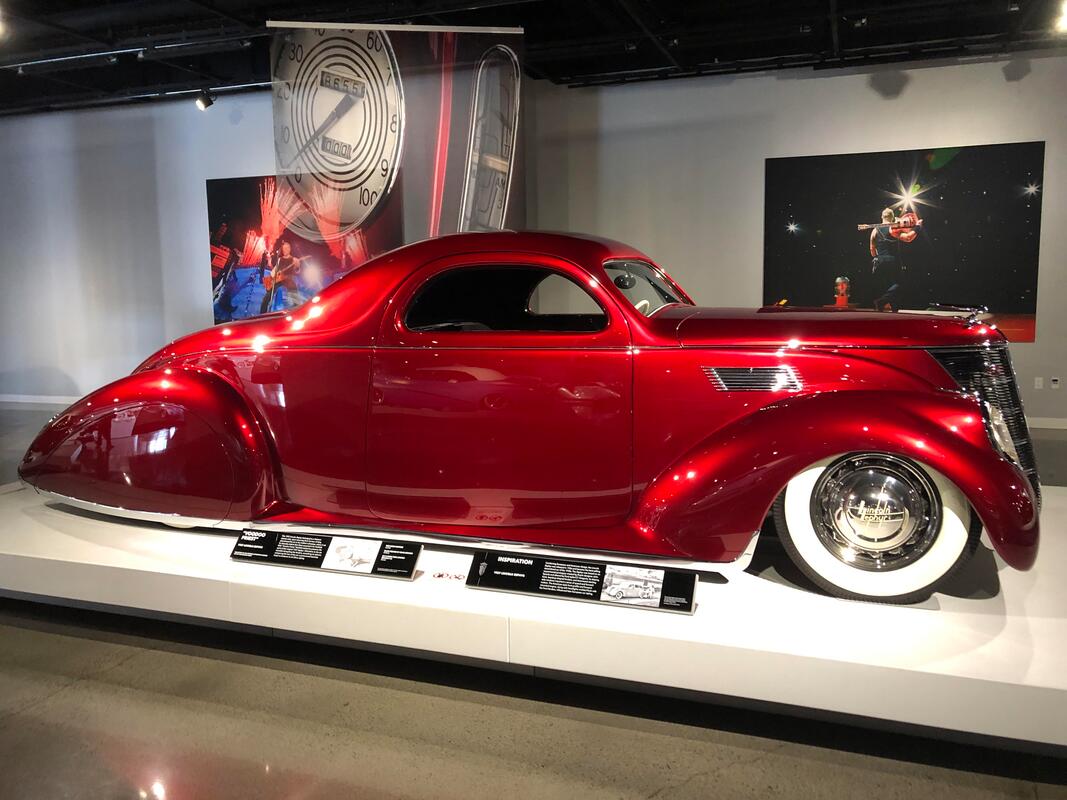