There were 13 Birds and 29 people that enjoyed the hospitality of Sharron and Jerry Sharp at the Tech Session April 21st.   John Sailors and Norm Galvin did a demonstration tune-up on Martha Brunelle’s black '57 bird. They found she had good compression in all of the cylinders and installed new plugs, distributor cap and rotor. The old spark plugs were in so tight a long breaker bar was fashioned out of water pipe to get enough leverage to get them out. Her electronic ignition did not need replacing. However, her spark plug wires need to be replaced.

Jerry Sharp helped Doyal Smith replace a broken window in the passenger door of his red '57 Bird.Several members helped Wayne Newell figure out what a loose wire was for under the dash in his blue '57 Bird. It turned out he has an auxiliary electric fuel pump he did not know he had.John Calkin gave Al Hillier several tips about putting up the soft top on Al’s white '57 Bird. Al rarely puts the top up and has struggled with it. Frank Purner was able to get a better understanding of the front steering and suspension on his '56 Bird by looking closely at Shelley’s '56 Bird when it was up on the hoist.

Everyone enjoyed a delicious lunch provided by Sharron Sharp. Sheri Soukup helped her set everything up. Members were awed by Jerry’s custom '57 Bird he has restored and is customizing. He hopes to have it done to take back to the national convention this summer. It is beyond beautiful.

Thanks to Al Hillier for the above comments 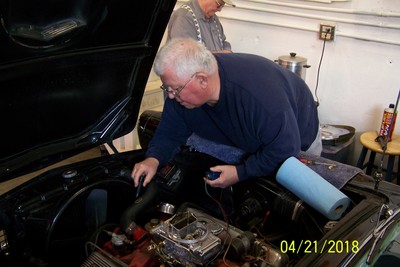 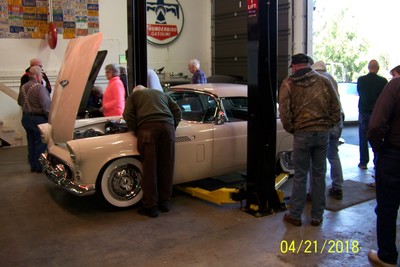 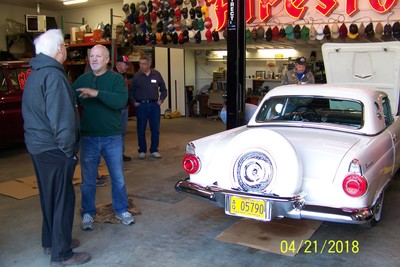 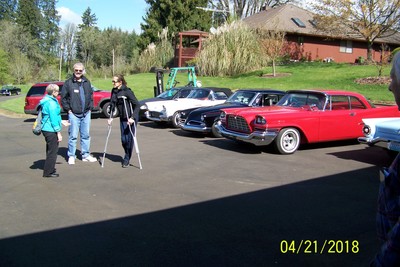 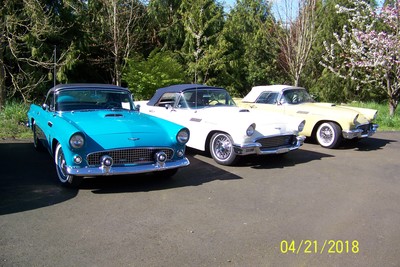 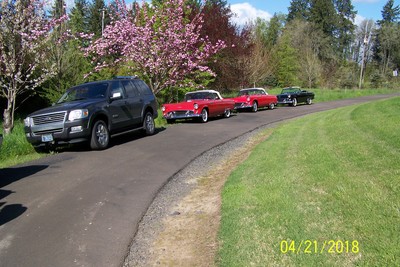 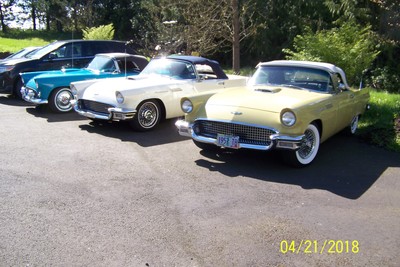 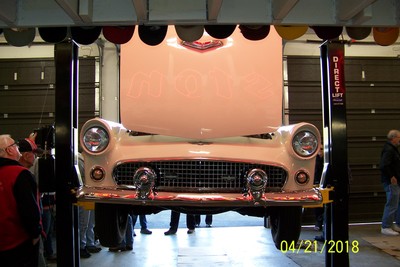 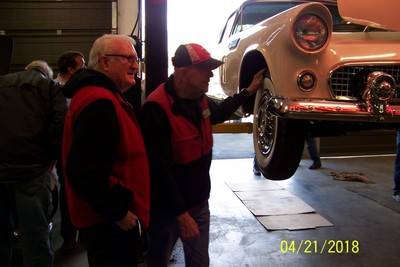 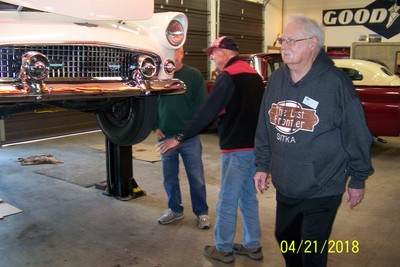 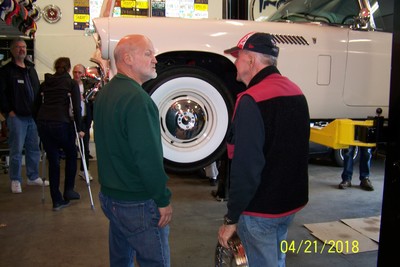 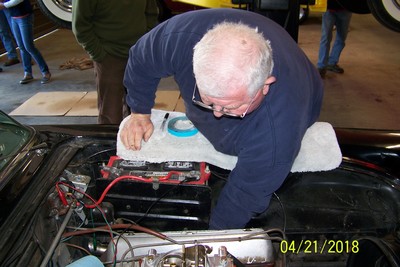