Rosecitythunderbirds.org
Doug & Mary Johnson along with Warren & Barbara Jones planned a Fall Tour for us. We started at the End of the Oregon Trail Interpretive Center in Oregon City. Due to threatening weather only one intrepid couple came in their Classic Thunderbird. Jerry & Sharron Sharp get the bravery award for the day. There were numerous family vehicles, 2 Retro Birds and a couple of new Mustang's (including Gary Coe with a brand-new 2016 Mustang).
Doug then led us on a great Fall Color tour along the Clackamas River to their home on Springwater Rd. Warren brought up the end of the line to make sure no one got lost.
Upon arriving at the Johnson's home most of us parked near the house and walked to a picnic area in the back. A few that couldn't make that walk were able to drive there.
Several other families had driven directly to the Johnson's and joined us there. According to a few counts we had 44 people there.
A great BBQ was awaiting us there by Slick's Big Time BBQ. There is only one way to describe the food - excellent. About the time we sat down to eat the rain really moved in. A large tent kept most of us pretty dry but the wind gusts saw to it that we all got a bit wet.
CTCI Rep John Sailors presented a Gold Award to our Bird Watcher Editor Becky Jensen. This was awarded to Becky during the CTCI Convention in Albuquerque in August. Since Becky and Bruce were unable to be in Albuquerque this was the first opportunity we had to get the plaque to her. Congratulations to Becky for her continued excellent work on the Bird Watcher.
After the rain convinced us that we were finished with out door activities Doug and Mary gave us a tour of their beautiful new home.
A big THANK YOU to the Johnson's for hosting this event.
A few photos of the event are posted below. 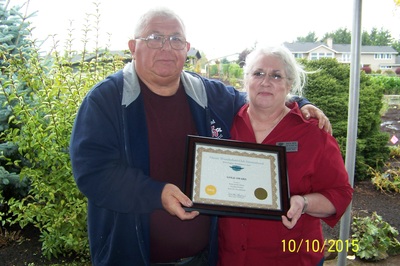 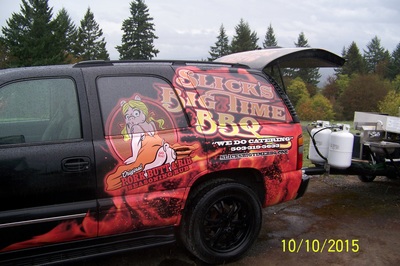 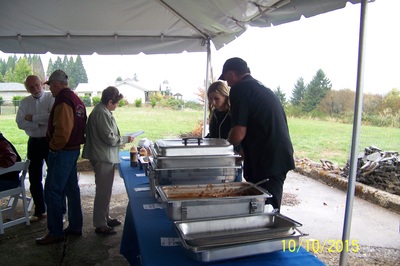 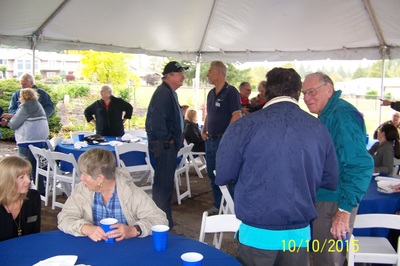 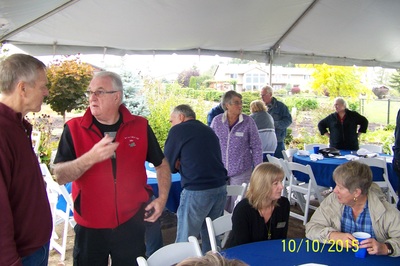 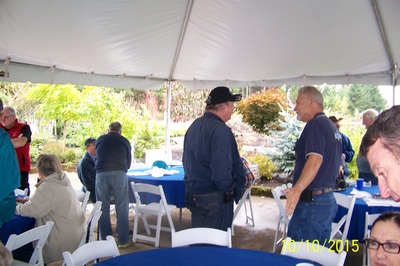 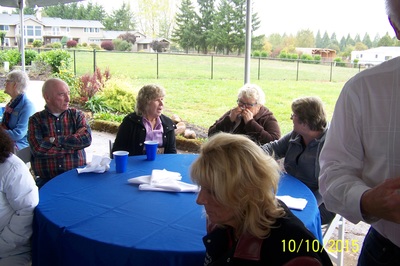 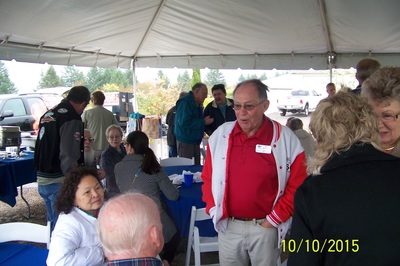 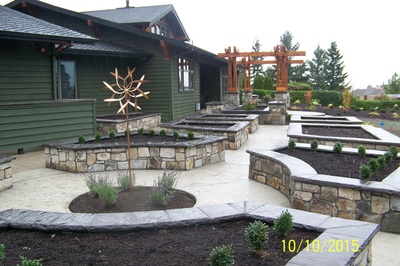 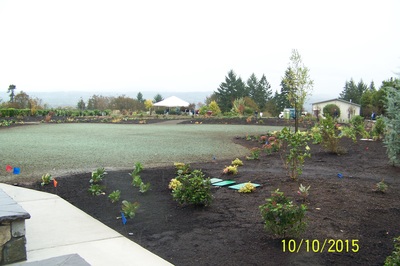 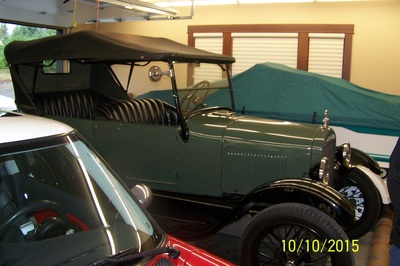 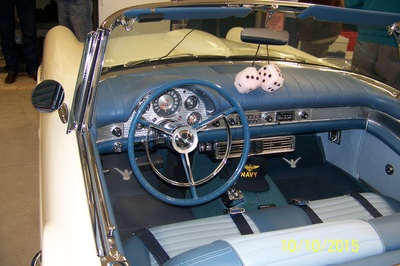 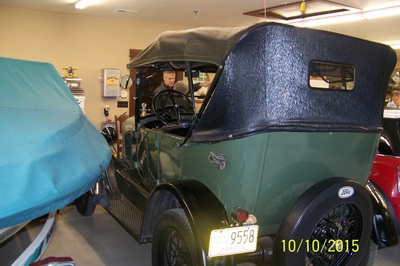 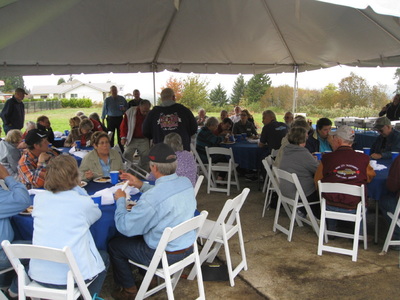