I didn't count how many came to our Valentine Pizza feed and Dessert Auction, but those that did had a ball. There was plenty of pizza, salad and drinks for everyone. Al Hillier had a fun game ready for us. As we entered the door a sticker was placed on our backs with a Thunderbird part listed on it. You could only ask YES/NO questions to try to figure out "what" you were. I got lucky and figured out I "was" a Temperature Sending Unit in about five question. Diane Clark had a jar full of Jelly Beans; we were to guess how many beans were in the jar. Cliff Colvin guessed 269 which was the closest without going over the actual count of 315. He then got the jar and the Jelly Beans.
Our 2016 President, Bob Monroe, was given a plaque in thanks for his year in office.
After eating, our Auctioneer Dave Van Winkle handled the auction duties with assistance from Becky Jensen. The auction brought in $513, after expenses we will be able to donate about $400  to the Local 290 Union food bank.
Jerry and Sharron Sharp were there and received the Cliff Noxon Memorial Service Award which was announced during our January Kick-Off lunch meeting. 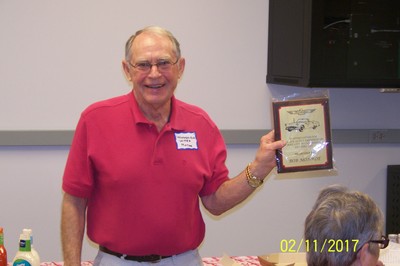 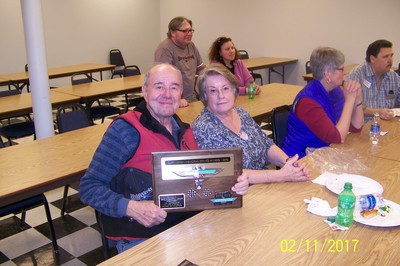 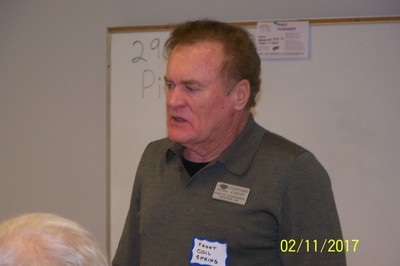 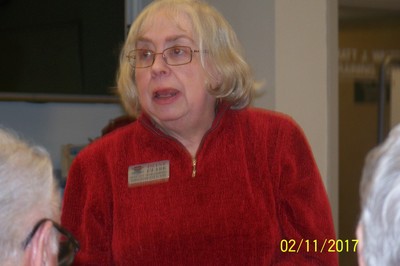 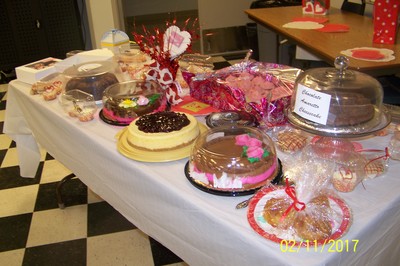 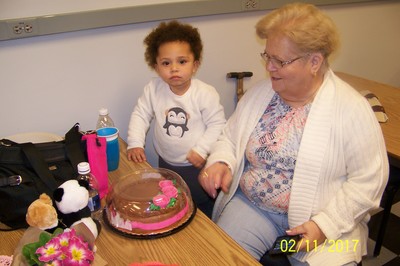 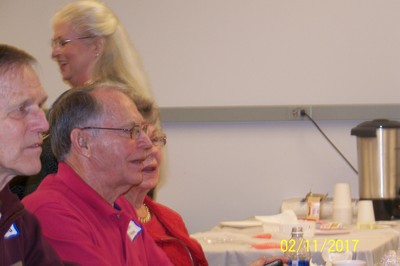 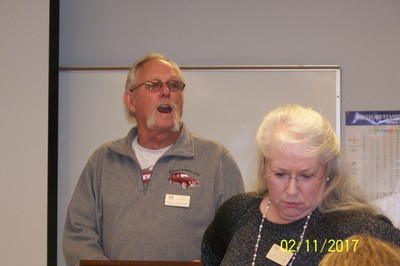